Creative Enterprise is excited to announce the new cohort of Female Founders for 2022/23!

The 14 entrepreneurs, working across film, TV and video production, are embarking on a six-month programme that will equip them with the skills and confidence needed to grow and future-proof their businesses.

The six-month Female Founders scale up programme offers an in-depth package of support, advice and professional coaching to female business owners, providing laser-focused sessions on issues such as business planning, funding, strategy, making the right hires and monetising IP. The scheme serves as an acknowledgement that female-run companies tend to be more successful and offer safer investment opportunities than those helmed by men, but that women nevertheless find themselves at a disadvantage when it comes to establishing and scaling up their businesses.

Here you can take a look at Female Founders Conference from June 2022 where the first two cohorts met for the first time. Here the Founders describe their experience being part of the programme.

Haley Edwards, Creative Enterprise Programme Manager for Creative England, said: “With such a talented and ambitious group on board, Female Founders is really off to a flying start. These 14 women exemplify why our creative industries are such a global success story; they’re committed to breaking new ground, creating world-class content and telling meaningful stories in innovative ways. We couldn’t be happier to be working with them, and we hope to help them grow and scale up their businesses so they can continue going from strength to strength.” 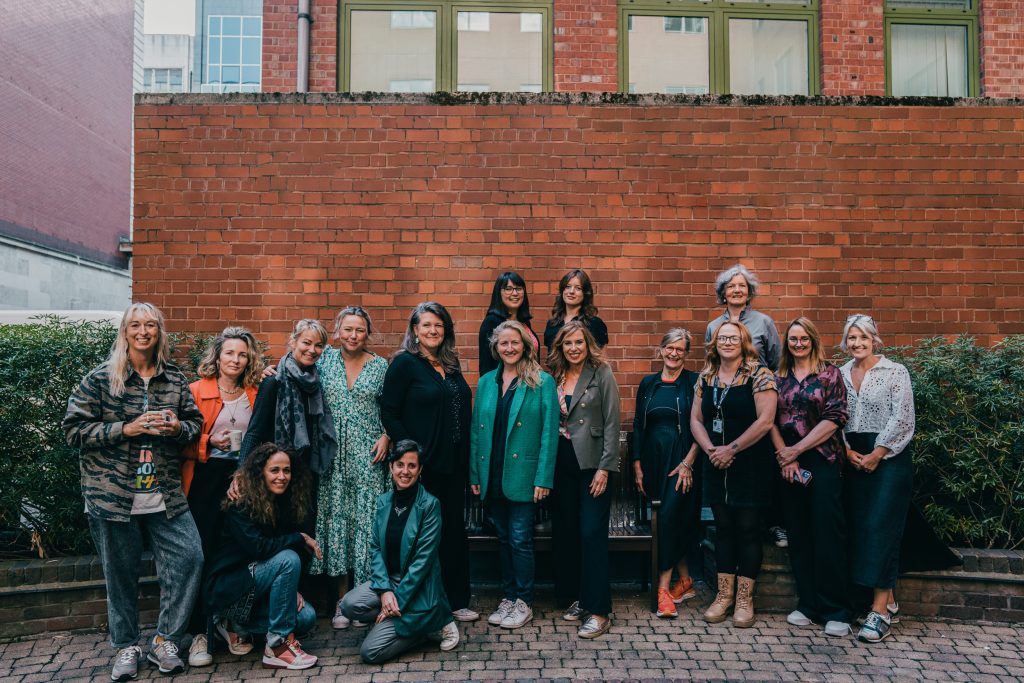 Aston Productions was established by Jo Southwell in May 2015 with the sole purpose to create theatrical motion pictures. Short films HOLDING ON, COVER ME, DEIRDRE and ENTRANCE NO EXIT have established Aston Productions on the international festival market and at distribution level.

During the pandemic, Aston Productions continued to produce short films whilst developing a slate of features and TV productions which underpin their vision for female-led stories across various genres.

Aston Productions have become established as a TV co-producing company with projects: The Sleeper with StoryFirst (8 part series ) and OLI – with Troy TV (original series).

Established in September 2020, Buffalo Dragon are a fresh and dynamic production company looking for and developing a slate of exciting projects for both the small and big screen. Buffalo Dragon has already produced two feature films since launching – The Stranger in Our Bed and Bolan’s Shoes, the latter is set for a 2023 release. The Stranger In Our Bed is currently premiering on Showtime in the US to rave reviews ahead of the general US release on 23rd Aug. The U.K. release is on 5th September.
All of this was achieved at the height of the global pandemic when other productions were closing down. With determination and tenacity, we structured our projects to be covid-safe and continued against all the odds to film two feature films. Imagine what we could achieve in ‘normal’ times!

Our commitment is to recruiting crew outside of London, and ideally from the local region, as well as encouraging ‘stepping up’ and giving graduates and trainees an opportunity to enter into the industry. We have a wealth of experience and knowledge within the company and have enjoyed collaborating with other creatives within the industry to produce high-quality content.

Buffalo Dragon has had extensive market research carried out to have a better understanding of what budget levels and genres work to give the chosen projects going into production the best possible chance of recouping for our investors.

Caroline Roberts-Cherry is founder and MD of Manchester-based Saffron Cherry Productions, producing Kids, Drama, and Factual. SCP produces the VLV Excellence in Broadcasting and Broadcast Award-winning show ‘The World According to Grandpa’, for Channel 5’s Milkshake!

SCP and Boom Cmryu also co-produce the show in Welsh for S4C. SCP also make the double international award nominee ‘The Wonton Warrior’, for CBBC. Actor/writer Sally Lindsay is SCP’s Creative Director, and she is co-executive producer of ‘The Madame Blanc Mysteries’, a show created, co-written by and starring Sally, made in co-production with Clapperboard Studios for Channel 5 and Acorn TV. 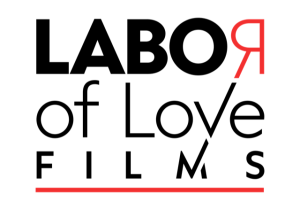 Since it was started in 2012, Labor of Love Films have worked tirelessly to earn a place as one of the most respected regional U.K. production companies. We are all about creating dynamic, engaging films and pride ourselves on staying ahead of the curve. We are passionate, driven and perhaps most importantly kind. Our work is known for its depth of integrity, craft, and ability to push boundaries, entertain and inspire. At heart we are storytellers. We tell small stories, big stories, serious stories, funny stories, and always human stories.

Flying Duck Studio Lab is an ethical and inclusive media production company powered by quirky and efficient ducks. We specialise in animation and design, producing the highest quality of compelling, visually stunning, and story-driven content, with the best team from all around the world. A hybrid duck with a beautiful studio in Hebden Bridge, working on-site and remotely. 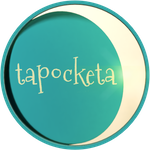 Tapocketa is a small and versatile multi-award-winning production and animation team based in Hertford, UK. We create and produce animated books with our own particular style of animation bringing the story to life.

We also create short animated trailers for creative products and love to work in innovative ways to make something special and memorable for all involved (for social media campaigns, website content, trailers, and film/tv credits).

We cultivate a friendly, inventive, adaptable approach and dedication to all we do and are currently delving into the world of immersive media.

With over 12,000 users worldwide, Stornaway.io is being used by blue chip companies like Diageo, Deutsche Telekom and Johnson & Johnson as well as theatre-makers and TV/film producers to create engaging, immersive next-generation video experiences for marketing, entertainment, virtual tours, skills training and interactive learning. 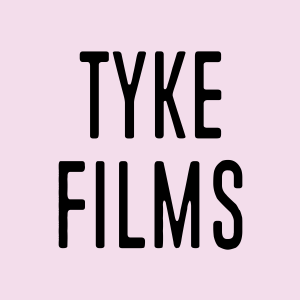 In 2018 we were selected for Creative England’s CE50, celebrating the achievements of the best up-and-coming, innovative and disruptive companies across film, games, and digital tech.

We are developing an ambitious slate of documentaries, drama features, returning TV series, and VR.

Kino Bino is a 2D animation production company based in Leicester, who have been creating content to educate and entertain for over a decade. With a range of clients across the globe and millions of individual views online, our fun and playful animation has been enjoyed the world over.

Natasha leads Northern Heart Films, an Award Winning Greater Manchester-based film company established in 2017. Natasha is passionate about crafting emotional, human-focused stories that stay with you long after the end credits have rolled. She’s worked on commissions with the BBC, BFI, and Doc Society and has worked with organisations such as Quorn, Mirror, Tate and Spar. Her work has received national publicity and has been screened at film festivals around the world. Natasha is dedicated to telling stories that create emotional change. 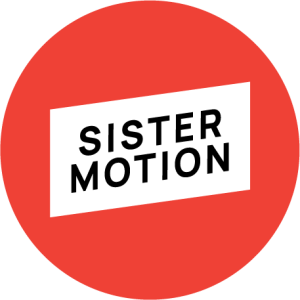 Sister Motion is a full-service production agency creating courageous visual content that tells your brand stories from a fresh point of view.

We bring different perspectives to commercial creative production by working with women and talent from under-represented groups. We strive to work with individuals who present courageous values and creative ideas, and share our drive to challenge stereotypes and produce content that helps build a more tolerant society.

Vanitas Arts is a storytelling Production Company led by Co-Directors Amanda Huxtable and Shirley Harris who have been developing bold and ambitious cross-platform work in the North since 2016.

Using combined media – screen, digital, audio and immersive theatre – Vanitas Arts tells stories with diverse and intersectional teams with Inclusion and Advocacy at the core of our work. Our work is underpinned by a strong artistic vision and a commitment to researching and developing new, exciting ways of working and storytelling.

We are Screen Yorkshire Flex writers Alumni and are developing screen content for tv, animation and virtual production as well as developing an extensive slate and training programmes. Our ambition is to ensure underrepresented creatives are included, upskilled and ready to impact the talent pipeline with support from Vanitas Arts and our collaborators and partnerships.

Goat Films was founded by Mel Crawford at her kitchen table in a field in Oxfordshire in Autumn 2020, the name came from Mel’s love for animals and the fact that Goats are stubborn and creative survivors, qualities they have in common with most TV producers.

Mel was swiftly joined by four founding partners – Ivor Baddiel, Rob Gillies and Stephen Parnell who are her creative and visionary support in all Goat Film’s adventures.

Like Goats, the team are inquisitive by nature with a slate reflecting our vision to create original, ambitious, funny and exciting global entertainment formats and scripted comedy. Just like Goats, they are sociable creatures who thrive within a tribe.

Belfast-based Strident is a bilingual factual production company creating content for BBC, ARTE, RTÉ, Channel 4, ITV and TG4. They have a track record in successful returning series, producing more than 200 hours that have been rebroadcast in Australia, Denmark, Norway, Sri Lanka, New Zealand, China, Canada and USA and on Amazon Prime. Strident is passionate about telling stories with care and emotion at their core and actively supports and encourages young and emerging talent.