Creative Sector Investment: What You Need To Know This December

With the end of an extremely turbulent year fast approaching, are there more surprises in store? In this article I’ll share my rundown of the latest news and events that UK creative companies need to know about this December, plus a couple of festive insights. Read on to discover: 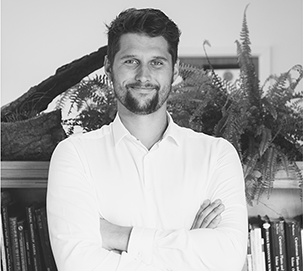 What are three things happening in the investment space that are relevant to creative businesses?

One of the key things we’re seeing right now is an indication that the government is still keen to support creative businesses. In the last month, Innovate UK KTN has launched the Create Growth Programme across six regions outside of London.

A key aim of the Create Growth Programme is to support creative businesses to explore and secure commercial investment opportunities. To this end each of the selected regions will have a programme of activity that will enable businesses to be ready for investment and facilitate access to additional funding from Innovate UK and commercial investors in 2023 and beyond.

Creative UK is supporting the programme in three of the regions: the North East, Cornwall and the South East. You can find out more and apply here.

A trend we are seeing in the Creative Industries is a redefining of subsectors and especially those that are new and emerging. Createch is a case in point of a hybrid sector (between creative and tech) that has been in use for the last five years or so. However, the definition of it has been a little fluid.

One of the purposes of understanding what sectors are and how they are defined is the ability to appropriately allocate funding and support. This is extremely important when it comes to some of our investment offers, like Creative Growth Finance and Creative Tax Relief Loans, both of which are available to companies operating within specifically defined creative subsectors.

The PEC recently published a report on Understanding Createch R&D that does a great job of helping to define just what Createch is, what businesses can do to access R&D and the value of looking at Createch as separate and distinct from wider tech.

The collapse of FTX, the third largest crypto exchange, has exposed a real lack of governance in that space with devastating results. But, if we look a little beyond the crisis, I would argue that there is opportunity here with the proper governance put in place. This wouldn’t necessarily have to be full-blown regulation, but clearly there’s a requirement for sectors that are in their infancy, such as Web3, to apply some of the fundamentals of governance and security that have been tried and tested by more established industries.

With these in place, there are countless opportunities for creative sector businesses to join up with Web3 and maximise their potential.

Seasonality is a challenge that all companies face, whichever sector they’re coming from. However, the challenges of fluctuation of trade can be especially impactful for businesses operating in Film, Games and other content creation.

Christmas can often bring with it some really positive stories such as the release of new films and games or the launch of new products, but at the same time, it can mean quiet or disappointing periods of reduced trading and activity. Fortunately, there are ways to mitigate this challenge by focusing and strategizing around seasonality trends.

Cash flow is key. Making sure that you maximize on incomes and control outgoings when projects are underway, as well as having some contingency plans is something that investors love to see. I have seen portfolio companies suffer serious consequences from failing to manage their slippage and much of this comes from a lack of cost mitigation. Businesses should have controls in place to allow for slippage and an approach such as a minimum cash position can be very effective. If you do have a CFO in place, overhead coverage is a very sensible principle you can apply that will mean you always have enough cash in the business to cover three months’ worth of overheads.

Which is your chosen sector for a closer look this month, and why?

The focus for this month’s sector is the animation space. I’ve chosen animation because of its close relation to Christmas entertainment and because we are seeing some interesting developments globally.

At Christmas I really like watching old films like Robbie The Reindeer and the classics like the Snowman, but we also tend to see some great new content coming out. This year Netflix has released Guillermo del Toro’s stop motion Pinocchio which has presented a really exciting twist on another 2022 version of Pinocchio that Disney put out earlier this year. Animated cat caper, The Amazing Maurice, based on the Terry Pratchett book, is also available through Sky Cinema, produced by Cantilever Media.

In terms of the business side of things, we have seen some interesting acquisitions within animation of late. A big acquisition was Pixel Zoo over in Australia that was acquired by the MGA Studios, a subsidiary of toy manufacturer MGA Entertainment that makes both the Bratz and L.O.L Surprise! toy lines. There are fantastic synergies here for MGA, with the opportunity to retain control over the animated storytelling of its toy characters.

We’ve also seen DNEG moving into Australia by opening a new VFX and animation studio in Sydney. It certainly appears that the Australian market is moving on animation and the same can be said for Spain.

There has been a lot of investment moving in that direction, with the big distributors such as DeAPlaneta leading the way. Barcelona and some of the other Spanish regions provide expansive opportunity for animation, while closer to home we’ve seen some significant investment in Belfast. Studio Ulster, a Northern Ireland virtual production studio, has received investment of £25.2 million through Belfast Region City Deal. The aim of the funding is to boost Northern Ireland’s status as a prime filming location, with the studio planned to be up and running in 2024.

Certainly one to watch.

What are the new programmes, products and events that businesses need to know about?

If you’d like to learn more about the investment offerings available through Creative UK, visit our Investment web pages here.