In our latest Diversity Spotlight, we catch up with Dr Lisa McKenzie—academic, ethnographer and author—following the recent launch of her new book, Lockdown Diaries of the Working Class. We discuss how the ‘Working Class Collective’ who collaborated on the book came to be and how the group is united in championing equality for working-class creatives.

We explore Lisa’s perspective on social capital, class inequality and a class system that is “deep, perversive and damaging”. We also find out more about her fresh perspective on what it means to be working-class with no desire to follow the rules of social mobility in order to open doors and access opportunities.

Congratulations on your new book! Can you tell us a little bit more about it?

I’d been reading a lot of Mass Observation Studies and I discovered that in the Second World War, the government asked people to send in their daily diaries. They gave a realistic picture of what was actually happening in Britain at the time and delivered three things: history, political rhetoric and real-life portrayals.

I felt that the rhetoric around the pandemic was going to be politically narrated so I put a tweet out and asked people to send me their diaries. Forty-six people responded to me and I asked them to keep a diary for one month—so the book is about the first eight weeks in lockdown.

The project was just going to be an ordinary piece of academic research but I decided to seek out funding from universities and academic funders to continue the research. However, I very quickly realised they weren’t interested in working-class people’s lockdown experiences. So, I put another tweet out asking if anybody knew anything about art. Image is incredibly important because it should never be assumed that we can all read and write. It has always been an integral part of political protest.

I got one response from somebody called Colum Leith who was a lecturer at UWE in Bristol. I roped my friend in who helped set up a Kickstarter and my son got involved with protecting the identity of people after they’d shared their diaries. We got some young artists involved and all of a sudden we had a collective of people who became the ‘Working Class Collective’. As a small group we created the book, we did the research, we published it and we even distributed the book, so it’s a complete DIY project. 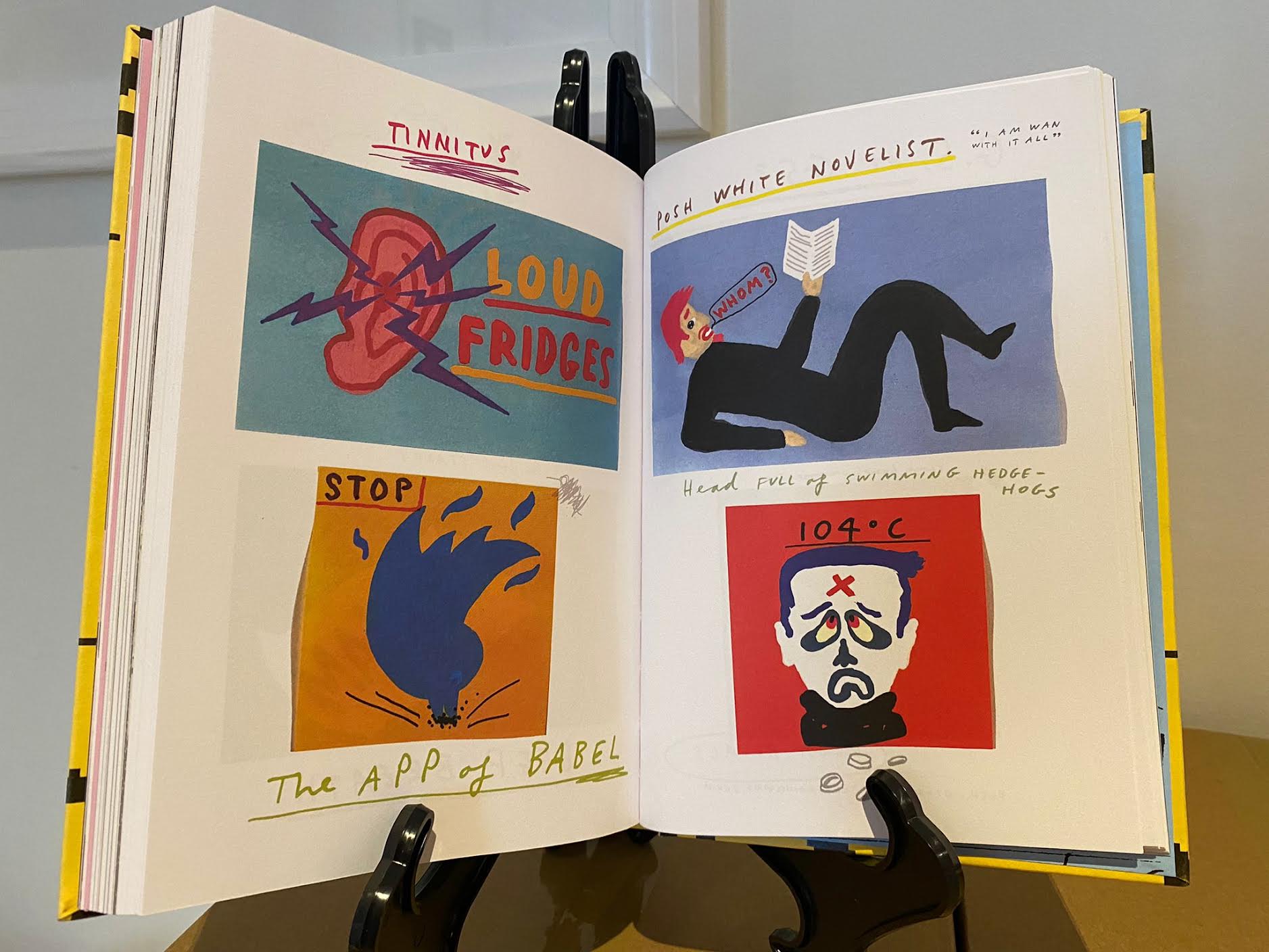 What unites the Working Class Collective?

Lisa: Working-class creatives often do things for free, especially if they believe in the project or if it’s something to support other working class people. We also often allow middle-class creatives to go before us. We need to stop doing that. A lot of academics, when they work collaboratively with people, like to put their name on the front of something—I was never going to do that. The book doesn’t belong to me, it belongs to the people that helped make it happen.

That’s why we started a collective, so that we were all equal within it. We also started up the Kickstarter because I wanted to pay the people who were working on it properly. That’s what we’re committed to: making sure everybody gets paid fairly and making sure nobody else’s name comes above anybody else’s. If we knock on people’s doors and they don’t let us in, we’ll build something for ourselves, from the ground up.

How have your own personal life experiences influenced your professional work and ambitions?

Lisa: It’s completely intertwined. There’s no disconnection at all. We’re all the sum of our upbringing and our experiences—it’s who we are and it’s who I am. I’m a working-class woman, I grew up in a working-class house and community and that’s what influences my work.

All we need to do is get those standing in our way out of the way! Open doors for us or step aside and allow us to create for ourselves. That’s what informs everything I do but it’s not easy because doors aren’t open and it’s about who holds the purse strings too.

The class system is deep, perversive and damaging. We need to start talking more about that. Everybody can agree that working-class people have unfair disadvantages but the middle class and up have unfair advantages and that’s the bit that nobody really wants to face. 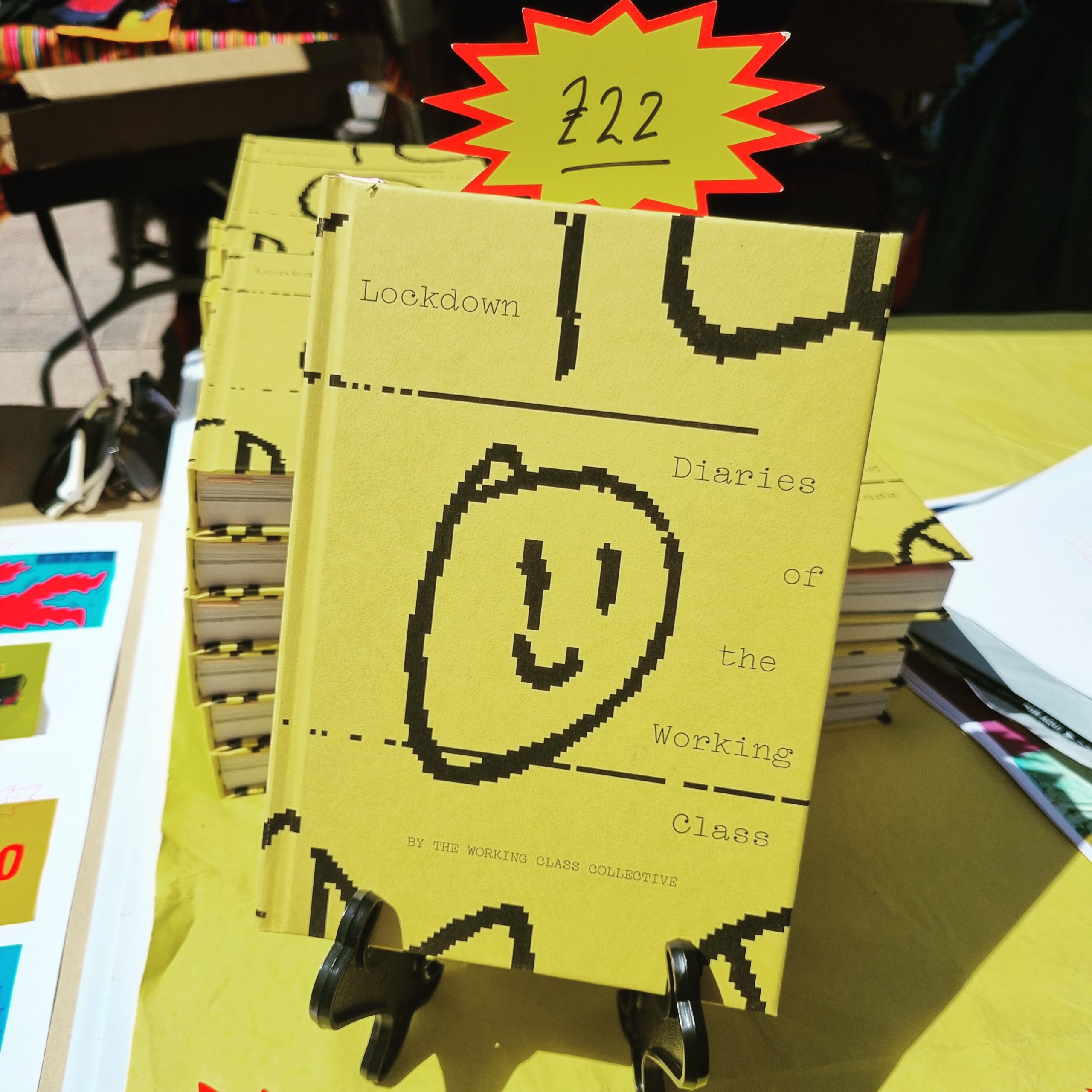 If you could give one piece of advice to somebody from a working-class background looking to access opportunities in the sector, what would it be?

Lisa: When you get turned down, know that it’s not your fault. When the doors are closing or you’re not being paid as much as others or you’ve been asked to do something for free, know that it’s not you, it’s them. Stay true to who you are. Never blame yourself for class inequality. It’s a system put in place that means some people get unfair disadvantages while others get unfair advantages.

There are good people out there—go and find them. Join collectives or make your own. Don’t work alone, work with each other to raise each other up. If there are a few of you knocking on the same door that isn’t being opened for you, do it yourself.

Also, be brave enough to tell people when they’re taking the piss. If we keep working for free, that’s what the rate becomes. Even when something is giving you a platform or experience, working for free is still working for free. We’ve got to start saying no to it and we’ve got to expose those who still expect us to do it.

Why do you think it’s so important for communities like Creative UK to exist right now?

Lisa: Working-class people used to have spaces and places where we could explore creativity and culture. You learned how to develop your art in these spaces and learned how to public speak in these places. Where I’m from, in the mining communities, someone might have been a miner during the day but at night, they were Elvis Presley! There’s a lesson there about what we once had and what we’ve lost.

Working-class people have the talent and the skills but we just don’t have the connections; we don’t have social capital and we don’t have networks. Working-class jobs are then usually boring. Most working-class creatives work in mundane jobs that define them but don’t represent them—they certainly don’t work in creative jobs. That’s why creativity and culture need to be at the heart of working-class culture because that’s what keeps us going.