Spotlight: David Dunkley Gyimah on using the arts and academia to change the future

Next in line, under the Federation Diversity Spotlight is Dr David Dunkley Gyimah – Senior Lecturer at Cardiff University, with a colourful background in mainstream media, innovative storytelling, tech and cutting-edge cinema journalism. We get his take on how recent BLM campaigns might shape the perception of diverse talent in the creative industries, and find out more about the Representology journal he is currently co-working on, mixing academia and the arts. As a seasoned public speaker, we also steal David’s pearls of wisdom on staying calm, remaining focused and staving off sweaty palms and panic.

Can you give us a quick rundown of your eclectic career so far?

I’m currently an academic at Cardiff University and before that I was at Westminster, but I started my career when I was an undergrad, at Radio Leicester – that was around 1988. I took a degree in chemistry and maths, which people found very strange when I told them I wanted to go into media, but after after my post grad I then went to Newsnight, Reportage and BBC GLR.

I went to South Africa to cover the elections following Mandela’s release, and lived in South Africa for about 18 months. Then when I got back to the UK, I was fortunate enough to be part of a new movement in disruptive video journalism. Following on from there, I worked at  Worldwide Television News and Channel4 News, a commercial advertising giant Jon Staton and then I went into dot-coms big time. Since then, I’ve been mixing between academic teaching and research, news journalism and startups.

Representology is a milestone and a coming together of really brilliant minds such as Marcus Ryder, Professor Diane Kemp, Sir Lenny Henry and the editorial board. Do I have space to name them all? These key figures were launching the Sir Lenny Henry Centre for Media Diversity when I suggested to Marcus and Diane that, as one of the branches of what they were doing in the space of diversity and inclusion within the media, it would be great idea if we could do a journal as another string to the bow. The idea itself stemmed from a project The Leaders’ List – a book of Black brown producers – I produced with a friend Simone Pennant some three years earlier.

So, Representology is a free-to-download journal which mixes academic research around issues to do with diversity and the type of magazine-type interviews that you’d find in a glossy. So for instance, the opening is a conversation between Sir Lenny Henry and David Olusoga, followed by detailed research into diversity regulation in the UK broadcast industry by Dr Peter Block.

It also goes into the professional media world; ITN’s Charlene White does a piece inside the journal, exploring children’s broadcasting. I think it’s a really effective marriage of an academic journal and that commercial sense you’d find with in a glossy magazine. The editor Biz did a nice job. Representology’s aim and its purpose is to focus on real evidence-based research from academics and features, in and around the areas of diversity and inclusion.

What do you believe needs to be done next in order to broaden representation across the media sector?

More transparency, more openness, more dialogues, more allies coming together. The right conversations are happening now but there needs to be more impetus, more space and more collaboration. I think the will seems to be opening up, but there needs to be more conversation pieces with people who are keen to help and get involved. I think this needs to be done not with a them-and-us mentality, but with a more cohesive coming together of thoughts. It’s all about policy and openness, and people saying what they’re going to do and seeing that through.

How do you think the BLM campaigning and protesting that has been going on over the past year or so will impact how diverse talent is considered within the creative industries?

David: Fascinating question and there’s a wait-and-see on that. There’s the short view which is a kind of a catalyst working on the back of the horrific George Floyd killing – and there does seem to be some movement. But when you look at it largely though, we’re seeing attempts that need to be turned into real action. But there’s a hope. There have been gains and losses over the years in a dynamic form. We’d hope that this time, people who step up stay up and ensure that things are much better for those who are coming after.

With a background in cinema, writing, and speaking – what do you believe to be the most powerful medium of communication and why?

David: Goodness, that’s like asking me to choose one of my children! Okay, so, I have always had a healthy respect for all of them but it’s the one that comes post my PhD, and then also, which follows on, and that is a thing called cinema journalism. You can find out more from my shed www.viewmagazine.tv. It’s an odd beast but being between two big worlds of journalism and cinema, and their overlap, makes it a a form of storytelling that can take from the world, what’s in the world, and make it come across as if you’re watching cinema.

Take Oscar winners, Nomadland and Minari for example. What they represent is cinema, but actually social life that existed before their big screen production as journalism; cinema journalism storytelling. 21st Century journalism can learn from this, as I show in my research. 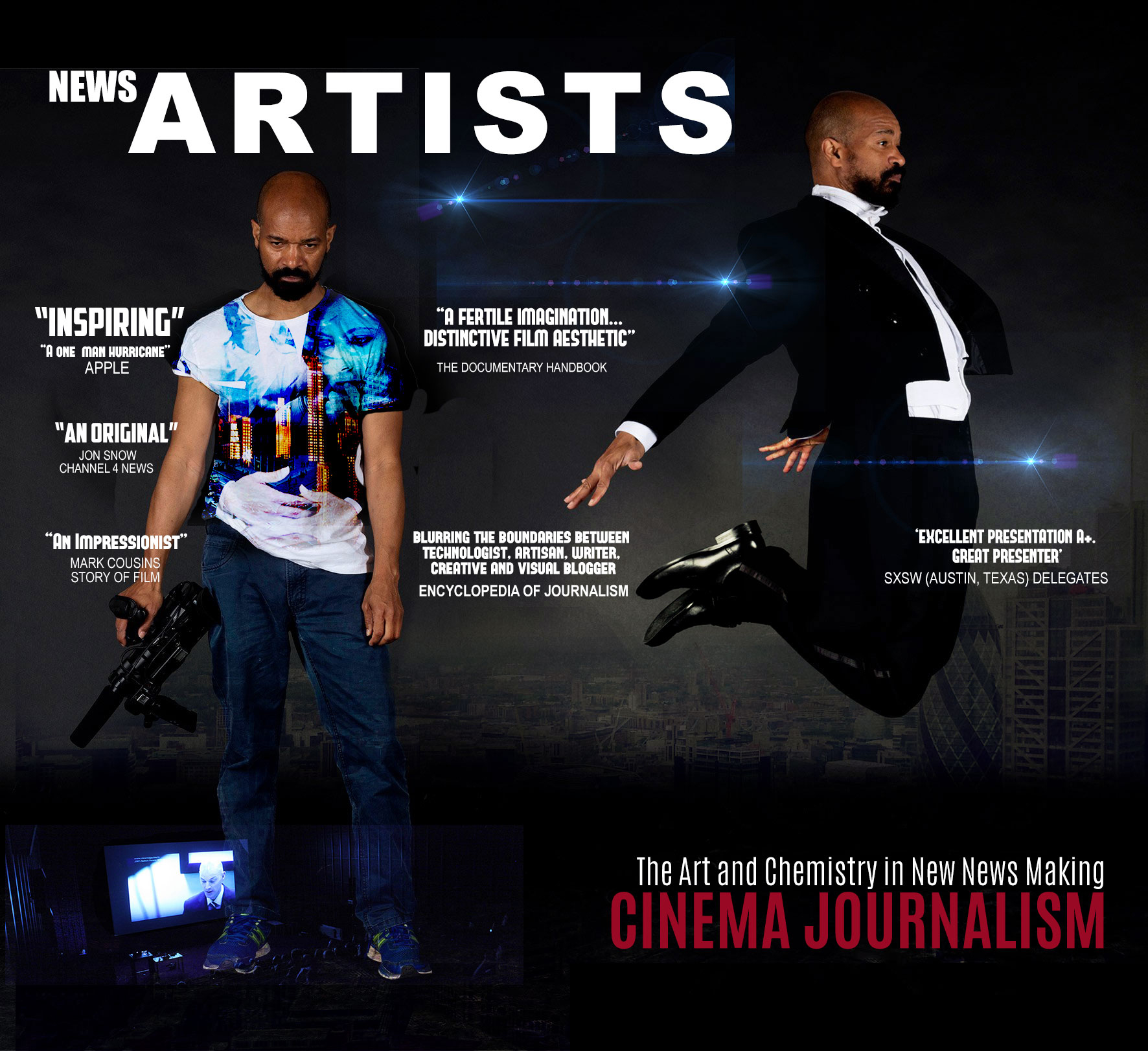 You do a lot of high-profile public speaking – what are your top tips of staying calm and confident when it comes to presenting on a topic you’re passionate about?

Be familiar with the space. Practice, practice, practice. Be open but take direction. I tend to have an idea of the narrative but have keywords that trigger where I want to go so I can be agile but still have a gauge of time. My weirdest piece of advice is the dog scenting one. So, for instance, if I was going to be speaking at a conference, I would go in there in the morning and walk around the auditorium and walk around the stage to mark out and just become familiar with it. Then, when I’m coming on to speak, it’s like home. I just think, “this is my space, and I’m just having a conversation.”

What role do you think communities like the Creative Industries Federation play in connecting people?

It’s the idea of helping people find kith and kin, of finding new friends and new acquaintances and new ideas in what might seem like unusual places. It’s bringing people together who have ideas and can share them and want to embrace that intense curiosity with other people. People who might say, “Let’s build this”, “Can we do this?”, “You bring this to the table, I bring this – where can we take it?”

It fuels us to do the things we do. It makes us do things differently. For example, incredible engineering comes from maths, creativity and the arts. Einstein was as much a mathematician as he was an artist. I believe that’s what, in essence, groups like the Federation do. If it hadn’t been for this forum and similar ones like the Southbank Centre where I was an artist in residence, a lot of the things I’m doing today, I wouldn’t be doing.

I doff my cap to the Creative Industries Federation, and all the other creative networks that exist that give space to misfits like me and everyone who want to create and do things together.

To find out more about the Representology: The Journal of Media and Diversity, click here: https://www.cardiff.ac.uk/events/view/2509424-representology-the-journal-of-media-and-diversity