Visual Effects studio, Moonraker VFX was a project-based business working within specialist factual and natural history television shows when it applied for investment through Creative Growth Finance. The Bristol-based studio needed funding to support its ambitions of creating its own IP – an immersive film to tell the story of future moon landing missions and the permanent base being created there. The company’s creative track record, ambitions for growth and regional talent base meant that Moonraker was a great fit for the fund.

They successfully applied for loans worth £700,000 through the Creative Growth Finance fund and are now on the precipice of releasing their ambitious film, Moonbase: The Next Step. We caught up with Managing Director and Co-founder, Jon Grafton to learn about Moonraker’s growth story and the place of investment within it. 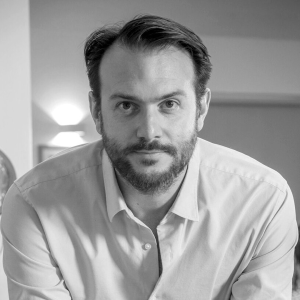 CUK: When did Moonraker get started?

Jon Grafton: The company’s been going since 2014 but in 2016 my business partner Simon Clarke and myself were able to undertake a management buyout of the business.

The owners at the time had a very successful business based in London and it started to make more sense for a local team to be running the business in Bristol. So, Simon and I were able to make a deal with them and to buy the business from them and then grow things from there.

CUK: How has your team grown since that time?

CUK: What were the challenges of both setting up this company and doing it in Bristol?

JG: The good thing about Bristol over the last six years or so, is there’s been a huge amount of opportunity in natural history TV programming. So that’s been a real mainstay for us. And that’s where we’ve built quite a chunk of our reputation, working alongside production companies within those fields, having worked on Planet Earth 2 and recently Frozen Planet 2. So actually, it was more opportunity than anything else.

CUK: And when did you first start looking for funding?

We wanted to generate other revenue streams in the business, so we decided to make our own film. And because we’ve done a lot of work in the visitor attraction world, including giant screen and large format projects, we know that market pretty well. And so we initially looked at whether we should make an IMAX film, but our research showed that would be too cost prohibitive within the current IMAX market.

We had also learned a lot about the Fulldome market and realized that there was a good opportunity for us to use the skills within the business to make our own Fulldome film. And because this December it’s the 50th anniversary of the last moon landing, we wanted to look at that subject matter and the ambition to have a base on the moon within the next decade or so. We wanted to tell that story in an entertaining way.

When it came to the debt funding, we needed to find a way to fund the film. It is pretty hard for most smaller businesses to have sufficient revenue and profits to be constantly funding their own projects, so it made sense for us to go down the debt route and we already knew Creative England [former name of Creative UK].

CUK: And so when you realized that you needed some investment in order to make film, was there a conversation to be had about whether you wanted to go for debt or equity?

JG: Debt made sense for that because it was a singular project. And we felt it was a manageable amount of debt for us as well. It’s not to say we’re not still looking at equity investment – we are. But for that particular film, it was debt that made the most sense.

CUK: You already knew Creative UK (then known as Creative England) and had a relationship with us beyond investment. Did you look at any other sources of investment before applying to us?

JG: We had a bit of a look around and obviously at the time there was the CBIL, though that money was not for project-based work. But, at the end of the day I think we wanted to work with someone who understood the Creative Industry.

A standard high street bank is unlikely to understand the film-making and creative process, whereas working with Creative UK, it’s obviously an area they know incredibly well. They understood the model of what we were doing. And so it felt like it’s much better to work with a party who really gets what’s going on behind the scenes and that’s what made the decision for us.

CUK: You were also on Evolve, the investment readiness programme run by our partners, Creative Enterprise. How was your experience with that?

JG: That was a really useful experience. When you’re starting to think about investment, if it’s something you’ve never looked at before then it’s a bit of a dark art . And you just don’t really know where to begin.

So, just building up our understanding of the different options available to us when it came to investment, the different investors that we could potentially be talking to and so on. It was hugely useful in helping to prepare for that and also to understand what investors want to see in terms of a deck and your financials.

And also learning how to make the business ready for investment including creating a very solid finance team, which led us to hire a full time FD [Financial Director] and also ensure all of our accounts were “investor ready,” meaning they can really see that everything in the business is being done properly.

CUK: How has your experience been working with your Investment Manager?

JG: Really good, especially because of the input with their position on the Board. First it was Nick [Cavander, Creative UK Investment Manager] and then Tim [Evans, Head of Investment at Creative UK] and that’s been really, really valuable. And certainly, recently as we’ve been preparing for investment Tim’s brought a lot of added value with his knowledge and his contacts. Having a free board member who is there not just to keep an eye on the money side of it, but also there to help us grow the business, look for opportunities and do other things, is a real bonus.

CUK: What specific costs was the loan from CGF used for?

JG: Our biggest cost by a long shot is staff, so our outgoings are mainly people. There’s obviously the computers, software and technological infrastructure that needs to back all of that up, plus premises. But at the end of the day our outgoings are heavily weighted to people. So really what that loan covered a huge amount of, is the cost of people.

CUK: A lot of the companies that we invest in apply for loans to enable them to move away from project or client work and develop their own IP. They often tell us that this is important for them in terms of fulfilling their creative ambitions. Is that something that speaks to you?

JG: Yeah, definitely. I think there is a certainly a thing about being masters of your own destiny with taking control of – and creating – your own content.

I mean, I think it’s two things. It’s a creative thing: so we’re a lot more free when we make our own content to steer exactly what that is. And at the end of the day, it is a business decision. And we recognize that there’s more value in a business that has their own IP beyond one that is just a service provider.

CUK: Would you have any tips for other creative companies seeking investment?

JG: I suppose I’d say, first of all fully understand the funding landscape. And again, that’s where for us the Evolve programme came in very, very useful. But really wrapping your head around what’s out there, what are your options? Which then probably helps you understand whether it should be debt or equity investment. With equity, obviously, you take on as much money as you can – but with debt, on the other hand, it needs to be a sustainable debt. Therefore, you’re limited with debt by what you can honestly afford to service. So, it’s looking at those two options and deciding what’s best for you.

I do think partnering with an organization that understands creative businesses is key because if there were any hiccups along the way, then you want someone to understand the hiccups as opposed to seeing it slightly more in terms of a spreadsheet which might not tell the whole the whole story.

And then I suppose the other thing is very, very few businesses are able to grow without debt or investment of some description. So it’s not something to shy away from.

CUK: What do you think are Moonraker’s greatest achievements so far?

JG: We’re very proud of our reputation in natural history. And that has been something that’s been very good for us. And that is shown in the fact that we have worked on a lot of the biggest, most high-profile natural history shows over the last decade. But I suspect our greatest achievement will be when we get this film finished at the end of the year.

And in 2023 we will have revenue coming from that film, it will be our own IP and that will be a huge leap forward for the business. So that will probably become the greatest achievement.

Moonraker’s film Moonbase: The Next Step will be on full release from 14th December.